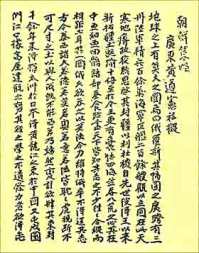 Huang Zunxian 黃遵憲, 朝鮮策略 Zhaoxian celue [Strategy for Korea], recommended Korea to enter the treaty relationship with the US against Russian expansionism. Had a positive view of Protestantism as an American religion.
1881

April John Ross, Gospel of Luke, the first Korean translation of the gospel, 1882 published in Manchuria. Korean colporteurs and evangelists brought the copies of Luke and John into Korea. Japanese colorteurs also distributed the copies in Pusan.
1883 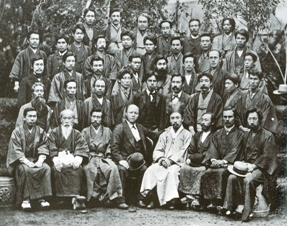 April 29 Yi Sujông was baptized by J. W. Knox in Tokyo and made a speech at the third Conference of Japanese Protestant Leaders 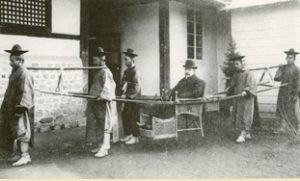 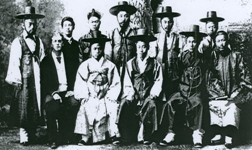 John F. Goucher, president of Baltimore Women’s College, met the Korean envoy en route from Chicago to New York. Goucher supported Maclay’s trip to Korea in 1884 and offered $2,000 for the establishment of the Korea Mission of the Methodist Episcopal Church, whose first missionaries were Appenzellers and Scrantons
1884 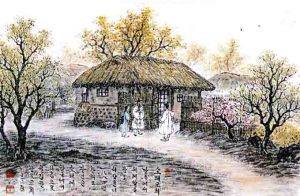 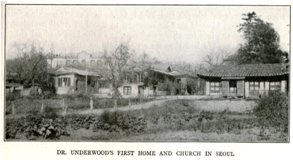 May 11 Underwood opened an orphanage

May Mary Scranton received the first pupil of girls’ school, teaching her at her own room

A revised edition of the Yi Sujong’s Gospel of Mark was published in September 1887 in Yokohama (tr. by Underwood and Appenzeller) 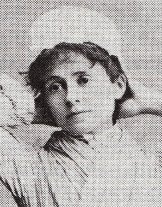 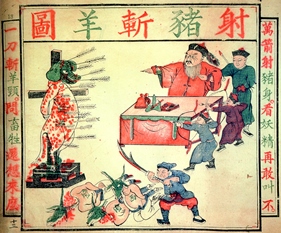 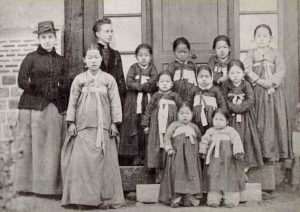 Feb. 25, S. A. Moffett, James Gale & Sô Sangnyun started a 3-month walking tour from Seoul through northern Korea into Moukden, Manchuria, coming back to Seoul through Hamheung and Wonsan. They met John Ross and saw the Mukden Church built in Chinese style
1892 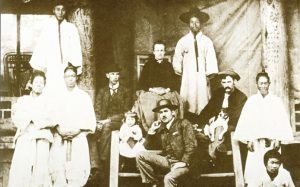 Seven pioneer missionaries of the PCUS in Seoul
1894
Tonghak Uprising 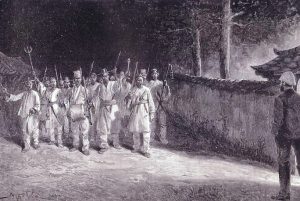 April 17 China and Japan signed the peace treaty of Shimonoseki 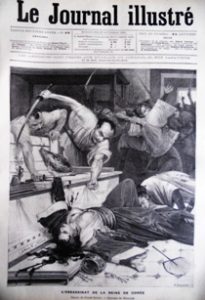 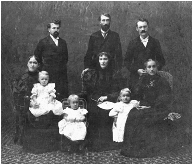 Missionaries of the Pusan station, PCUSA 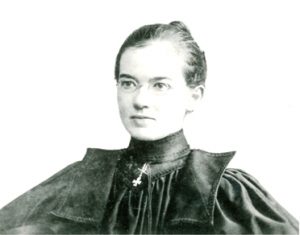 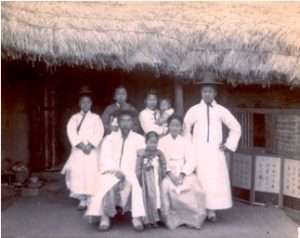 Sorae Church and its Flag of St. George/ So Kyongjo 서경조 family
1900

the Presbyterian Council at Chejungwon, Seoul
1902 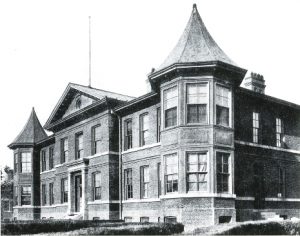 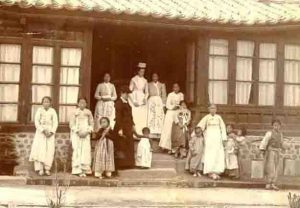 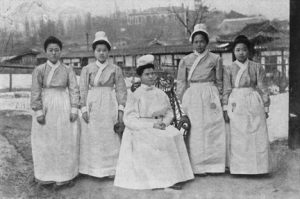 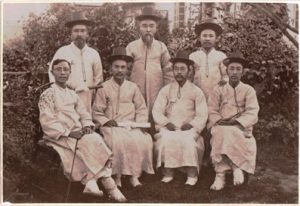 June 20 The first 7 graduates of the Union Presbyterian Seminary in Pyongyang. They were ordained to the ministry at the Presbytery in September. 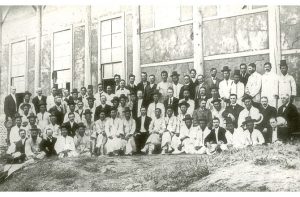 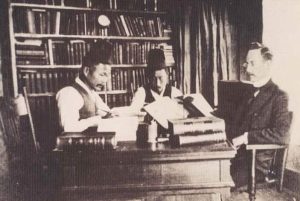 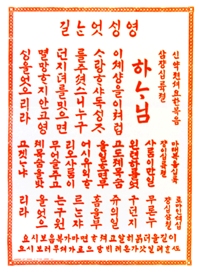 September The Million Soul Movement began. Korean Christians volunteered to distribute 700,000 copies of the Gospel of Mark and other evangelistic tracts and sheets 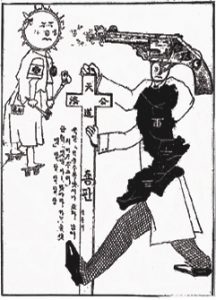 September a political cartoon of Sinhan Minbo (New Korea), a Korean newspaper in San Francisco, urged Koreans to attack Japanese imperialism in the name of the international law and Heavenly Way (Christianity) 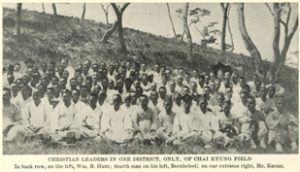 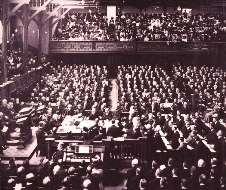 June. The World Missionary Conference held in Edinburgh
S. A. Moffett and Yun Ch’iho attended as delegates of the Korean Church
G. H. Jones (from NY) joined the discussion on Chinese religions on June 18

Japanese newspaper cartoon, criticizing American missionaries’ baptism of nationalism on Koreans in the name of Christianity