Skip to content
Before 1876 : under construction
ROMAN CATHOLICISM
1592-1599 The Korean-Japanese War
1593 Gregorio de Céspedes (1550-1611), a Portuguese Jesuit priest in Japan, accompanied the Japanese forces commanded by Daimyo Konishi Yukinaga, himself a Christian, and did missionary work among the Japanese soldiers in Pusan from December 27, 1593 to April 1594 . There is little evidence that he interacted directly with the Korean population, but it is believed that he did proselytize among Koreans held captive by the Japanese. Among Around 300.000 Korean prisoners of war who were brought as slaves to Nagasaki, some were converted to Christianity.
1603 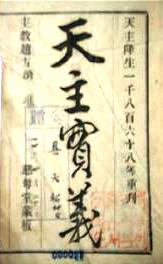 Matteo Ricci, worked in Beijing from 1601, published 天主實義Tianzhu shiyi.
1610 a Korean Church in Nagasaki was established with about 300 Korean members.
1611

Antonio Correa (1578?-1626), one of Francesco Carletti’s converted Korean pupils in Nagasaki went together with Carletti to Holland and then Rome, Italy and lived there–the first Korean to visit Europe. Later the Vatican sent Antonio Correa to Manchuria to reenter Korea as a missionary, but he was not successful.
Rubens’s “Man in Korean Costum” (picture here) at the Getty Center is not Antonio Correa.
1626 Vincent Kwon was martyred in Nagasaki. 13 Korean martyrs among 205.
1636 Qing’s Second Invasion to Chosŏn. 100,000 Manchu Chinese soldiers attacked Seoul. Chosŏn surrendered after fierce resistance. 200,000 Korean captives sent to China.
1644

Crown Prince Sohyŏn as a Hostage to Beijing. Learned Western science and Catholicism from Adam Schall. Prince brought Catholic books and sacred things to Seoul as well as Chinese Catholic eunuchs and servants. However, he was poisoned to death. Strong anti-Qing sentiment of the court and people. Policy of anti-Catholicism and seclusion continued for the next two centuries.
1783

Yi Sûnghun was baptized in Beijing

Myôngdong Church in Seoul was organized
1791 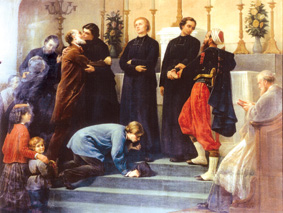 Le Depart, 1868, by C. Coubertin
Four French priests were sent to Korea by the Paris Foreign Missions Society
They were martyred in 1866.
1865-66 Great Persecution of Roman Catholics by Taewôngun 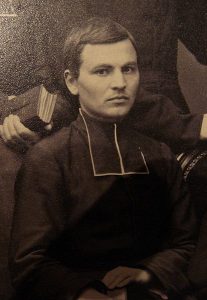 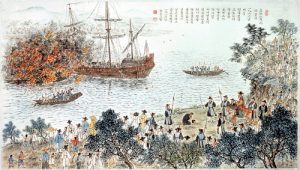